Boswellia serrata is an ancient and treasured herb prized in Ayurvedic medicine and used in oil form in sacred ceremonies in Persia, Babylon, Rome, and Greece.[1] In fact, the medicinal power of the Boswellia tree’s dried gum resin, known as “Guggul”, was described as far back as 1700 BC in a sacred Sanskrit text, Sushrut Samhita.[2] It was such an important plant that it was one of the gifts brought to Jesus when he was born. As told in Matthew 2:1-12, an infant Jesus was visited by three Magi bearing gifts of gold, frankincense (Boswellia serrata), and myrrh.

Today the plant is revered for its powerful and broad-spectrum and ability to breakdown inflammatory molecules. Boswellic acids—the biologically active molecules in Boswellia—have been shown in numerous studies to significantly inhibit compounds in the body that increase inflammation.[3],[4],[5] There are six boswellic acids, but it is thought that acetyl-11-keto-β-boswellic acid (AKBA) is the most potent one, able to significantly inhibit an enzyme that increases inflammation, called 5-lipoxygenase.[6],[7]

This powerful quenching of inflammation is good news since chronic inflammation contributes to so many health conditions. These include asthma, chronic colitis, and ulcerative colitis, Crohn’s disease, rheumatoid arthritis, osteoarthritis, ulcers, eczema, atherosclerosis, diabetes, and more.[10]

Osteoarthritis is marked by the irreversible destruction of articular cartilage, which is a highly specialized connective tissue in the joints, meant to provide a smooth and lubricated surface. The condition leads to bone erosion, triggered by pro-inflammatory molecules, pain, swelling, and decreased mobility. Collagen is degraded as well.

Rheumatoid arthritis is a chronic progressive autoimmune disease, and though medications effectively treat symptoms, they have many side effects. Like with osteoarthritis, the destruction of joints in rheumatoid arthritis also involves chronic inflammation.

Boswellia has been shown to reduce inflammation and protect joints. In animal studies of arthritis, numerous inflammatory mediators were reduced and bone structure improved.[13] Human studies confirm these results. In a randomized, double-blind, placebo-controlled clinical trial of 75 volunteers with osteoarthritis, a Boswellia extract standardized to 30% AKBA, led to improved pain and physical functioning. The participants took 100 mg or 250 mg of Boswellia extract daily for three months. Both doses of Boswellia extract led to clinically significant improvements in pain and physical function.[14]

Not only has Boswellia been shown to improve the symptoms of osteoarthritis, but it also has beneficial effects on joint anatomy. Bone spurs (also called osteophytes) are hard bumps of extra bone that form on the ends of bones. When they grow into joints they can create pain. Boswellia’s effectiveness was demonstrated in a double-blind, placebo-controlled study of 48 patients with knee osteoarthritis. For four months, participants were given either Boswellia or a placebo, and x-rays showed an improved knee joint gap and reduced spurs.[15]

Asthma is a chronic inflammatory disease of the respiratory tract, and over 25 million Americans suffer from it–including 7.7 percent of adults and 8.4 percent of children.[18] Symptoms include wheezing, breathlessness, and chest tightness.

A double-blind, placebo-controlled study on asthma followed 40 asthma sufferers who either took Boswellia three times a day or a placebo for 6 weeks. Seventy percent of those taking Boswellia improved, with less wheezing, fewer attacks, better breathing ability, and even lower levels of white blood cells associated with allergy.[19]

Boswellia has also been studied for chronic colitis, which is inflammation in the colon. Volunteers were given 900 milligrams of a Boswellia serrata extract (divided into 3 doses daily) for six weeks. Eighteen of the 20 volunteers taking Boswellia improved, and 14 experienced such dramatic improvement that they were considered in “remission.”[20] Other studies on inflammatory conditions such as Crohn’s disease have had equally promising results.[21]

[15]Majeed M, Majeed S, Narayanan NK, Nagabhushanam K. A pilot, randomized, double-blind, placebo-controlled trial to assess the safety and efficacy of a novel Boswellia serrata extract in the management of osteoarthritis of the knee. Phytother Res. 2019 May;33(5):1457-1468. [Article] 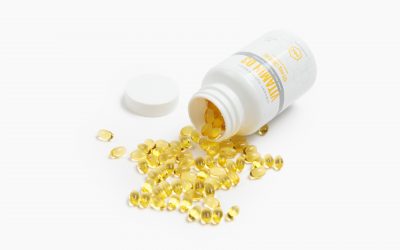