Love Your Heart. Your Life Depends on It 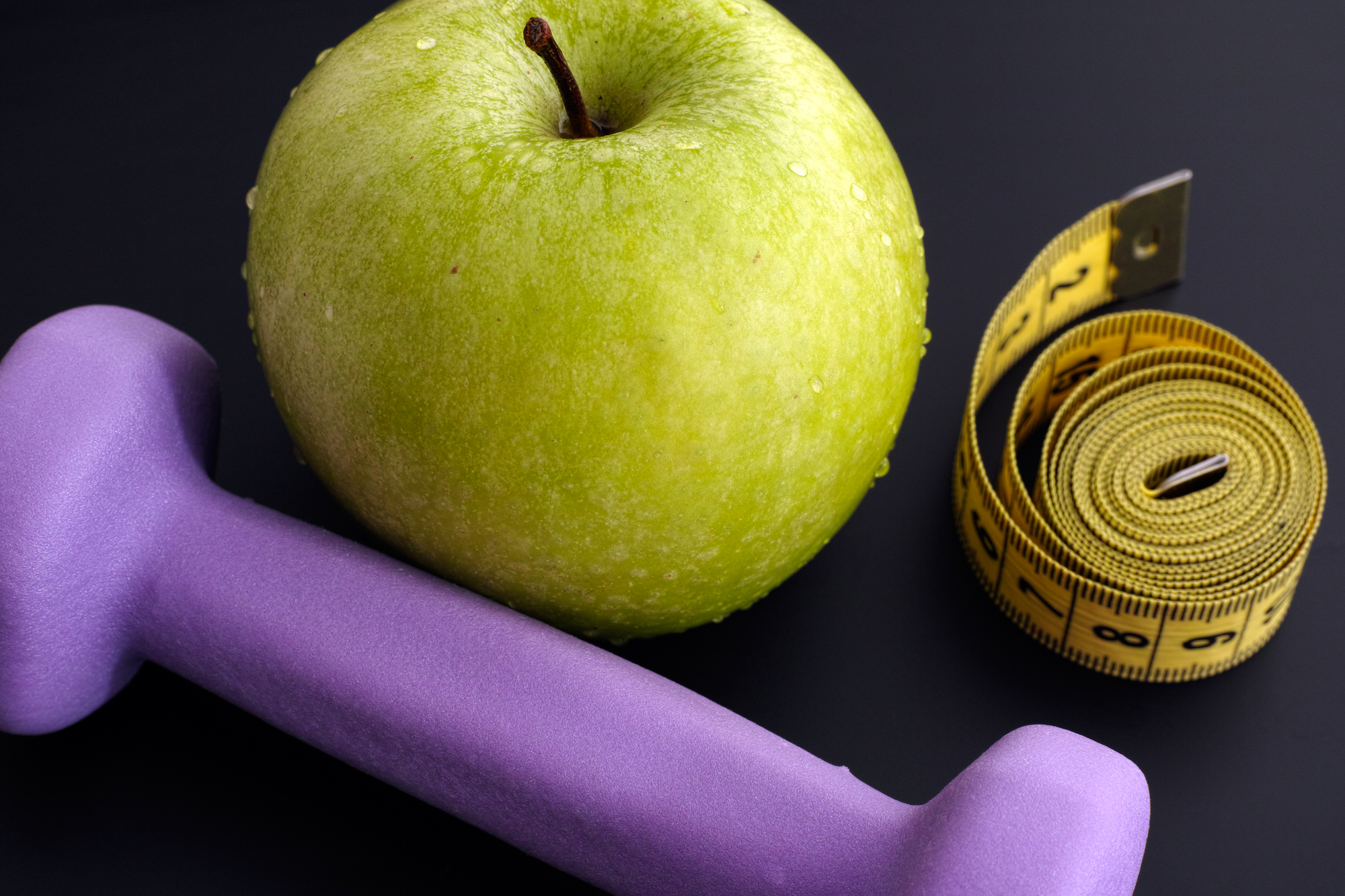 If you’re not doing something proactive to protect your heart, you’re rolling the dice. And the odd aren’t in your favor. According to the US Centers for Disease Control and Prevention (CDC), heard disease is the leading cause of death for American adults, 25% of all deaths are caused by heart disease and nearly 750,000 people suffer heart attacks each year. One-third of American adults (more than 71 million people) have one or more types of heart disease, including 13.2 million cases of hardening of the arteries, called atherosclerosis.

I’ve never heard anyone tell me that they regret making their health a priority. But I’ve had patients scared to death with heart disease lamenting that they should have taken care of themselves years ago. When you’re in the throes of a heart attack, with your chest seizing up in excruciating pain, your breathing becomes difficult and that terrifying realization sets in that you’re dying, you’ll wish you’d done more to take care of yourself.

And if fear isn’t sufficiently motivating to get you do to something now to reduce your risk, then perhaps love is. If you take a moment to appreciate the miracle that your heart and cardiovascular system are, maybe you’ll treat them better.

Heart disease is the number one killer in the United States. If you’re not doing something proactive to protect your heart, you’re rolling the dice. Fortunately, there are simple things you can do to turn the odds in your favor.

If the thought of you dying unnaturally early of a heart attack isn’t enough to get you to do something, perhaps if you took a moment to appreciate the miracle that your heart and cardiovascular system are, you might treat it better.

Your cardiovascular system is made up of the heart and 60,000 miles of blood vessels. If you laid out all your blood vessels end to end at the equator, they’d wrap around the earth nearly 2.5 times. And that incredible amount of flexible tubing in our bodies was produced by our own cells, and every person has them.

Blood traveling through blood vessels are a mixture of red blood cells, which transport oxygen and white blood cells, which are part of our immune system. Additionally, blood contains proteins, hormones, vitamins and minerals, and carries waste products away from cells.

The heart is the cardiovascular system’s master pump. In 70 years of life, whether you’re awake or asleep, calm and relaxed or stressed out of your mind, it contracts 2.7 million times. The heart contains specialized cells that allow the heart to beat automatically, so you can thankfully go about your business without having to consciously make your heart do its job.

Risk factors for heart disease include:

Looking at this list it might seem a bit overwhelming. But if you were only going to focus on two things to improve your heart health, look no further than what you put in your mouth and how much you’re moving your body. Diet and exercise and the foundations on which total health is built.

First, transitioning and eating more of a whole foods, plant-based diet can help take care of the first three risk factors. In fact, your dietary pattern—what you eat day after day, month after month, year after year—is more predictive than genetics and family history for developing chronic diseases, including heart disease.

There’s only so much food we can eat, so if you’re filling up with highly processed, nutrient-poor foods, you’re not eating enough healthy foods. Data collected by the CDC’s Behavioral Risk Factors Survey in 2015 revealed that 40% of US adults eat less than 1 fruit and 22% eat less than 1 vegetable per day.

Clinical trials unambiguously show that a whole-foods, plant-based diet can reverse the #1 killer in the US—cardiovascular disease. Dr. Caldwell Esselstyn, MD, at the Cleveland Clinic in Ohio had patients avoid oils, meat, fish, poultry and dairy products. These simple diet changes reduced cholesterol nearly 50%, from an average of 246 mg/dL to 132 mg/dL and clogged arteries opened in 70% of patients.

Dr. Dean Ornish showed that a low-fat diet (providing less than 10% of total calories from fat) with unlimited amounts of fruits, vegetables and whole grains along with small amounts of egg whites, nonfat milk and yogurt decreased cholesterol levels by about 25%, from 227 mg/dL to 172 mg/dL and decreased symptoms of chest pain by 91%. The results from these clinical trials are better than any medications, don’t pose any risks of side effects that people get with the drugs and is a whole lot cheaper.

While the diets prescribed by Drs. Esselstyn and Ornish to reverse cardiovascular disease are quite restrictive, simply following a Mediterranean Diet Pattern has shown incredible benefits. A meta-analysis of randomized controlled trials, published in the British Medical Journal in 2015, evaluated the effect of the Mediterranean Diet Pattern in patients either with type 2 diabetes or metabolic syndrome.

The analysis reported that following the Mediterranean Diet Pattern increased the probability of reversing metabolic syndrome by 49% and reduced the risk of future diabetes by 19% to 23%. Three of the clinical trials included in the analysis evaluated blood sugar control in patients with type 2 diabetes and demonstrated significant improvements in blood sugar. Following a Mediterranean dietary pattern has also been associated with decreased cardiovascular disease risk.

To help my patients transition into eating more of a whole-foods diet, I created a simple system with handouts to guide them on how exactly they can start moving in the direction of eating for life. And it’s now available online for you in my blog, 3 Steps to Eating Healthy for Life.

The health benefits of exercise have been recognized since ancient times, with physicians of ancient India, Greece and Rome prescribing exercise to their patients more than 2,500 years ago. The first modern studies to show a link between exercise and health were conducted in London in the 1950’s.

Research shows that being inactive for too many hours each day is a serious health risk and that even small amounts of exercise can have benefits. Exercise gives you more energy, boosts your mood, improves your sleep and decreases your risk for chronic disease. Moving your body can improve blood sugar regulation, decrease cholesterol and blood pressure, improve mood. The benefits of exercise are so impressive that some researchers have gone so far as to say that “exercise acts as a drug.” In fact, the benefits of exercise on some conditions has been shown to improve outcomes even better than available medications.

But don’t think that you have to go to a gym to get the benefits. The most benefit from exercising seems to not be the type of exercise, but rather that you do it consistently. A 2015 article published in the Journal of the American Medical Association (JAMA), concluded that it only takes 15 minutes per day of moderate exercise for people to start experiencing health benefits.

People who did this lost weight saw improvements in their blood pressure and blood sugar control and reduced their risk of getting cancer and their risk of death.  Similar results can be achieved with just 5-10 minutes per day of vigorous exercise (such as jogging).

Moderate exercise can include things you enjoy doing, such as going for a brisk walk, dancing, gardening or housework. OK, so maybe you don’t enjoy housework, but if you perceive of housework as beneficial and as exercise, it can produce some great results.

A 2007 study evaluated the effect of mindset on health in hotel maids. Some in the group of 84 women were told how their work was good exercise and informed about the health benefits. After just one month after being informed and being reminded of the health benefits during the four-week study, those who had been told that their work was exercise, perceived themselves to be getting significantly more exercise than before. But the effects weren’t all in their heads. The informed group showed a decrease in weight, blood pressure, body fat, waist-to-hip ratio and body mass index. So if you have to do housework, remind yourself of how healthy it is and how much wonderful exercise you’re getting.

To help people work more movement into their daily lives, I wrote the blog, 5 Simple Ways to Work Exercise into Your Life.

Esselstyn CB. Updating a 12-year experience with arrest and reversal therapy for coronary heart disease (an overdue requiem for palliative cardiology). Am J Cardiol. 1999;84(3):339-41, A8. [article] 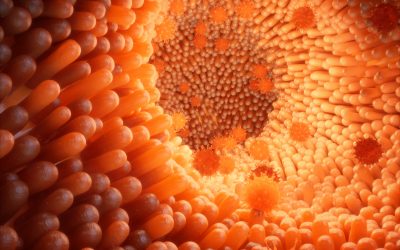