Time to Toss the Artificial Sweeteners 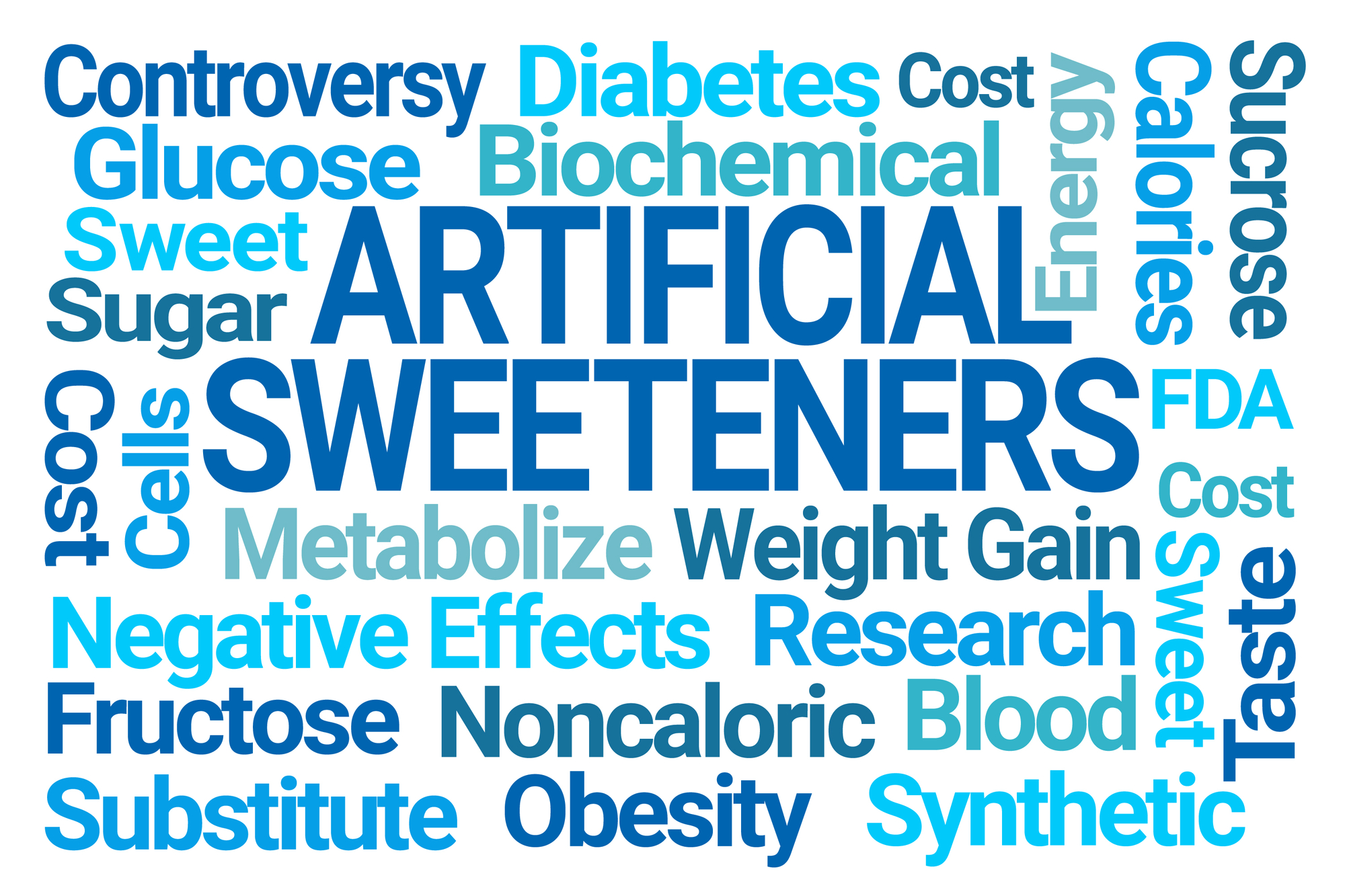 The holidays are here, and the pandemic never left. So what are lots of folks doing to pass the time and soothe their anxiety? Stress eating. And often this means turning to sweet foods like ice cream, cookies, or cake. If you think artificial sweeteners will give you that sweet treat but still keep you safe, think again. While they’ve been heavily marketed to help protect against diabetes, obesity, and poor health, the research tells a different story. These zero-calorie sweeteners can actually expand your waistline and increase your risk for diabetes.

Even before 2020 was turned upside down, America had a sweet tooth. For years we’ve been getting way too many calories from sugar. On average, Americans consume about 94 grams a day of added sugars, corn syrup, and other high-calorie sweeteners—approximately 358 calories per day.[1] That’s far more than the FDA’s recommendation of 200 calories a day for those on a typical 2,000 calorie diet. Ninety-four grams per day turns out to be 34.3 kilograms (75.6 pounds!) or an astounding 137,240 calories from sugar each year.

And all that sugar makes people fat and sick. The number of Americans who are overweight or obese is shocking: 40% of young adults aged 20-39, 45% of middle-aged adults (aged 40 to 59), and nearly 43% of those over 60.[2] In addition to packing on the pounds, added sugars increase the risk for heart disease, diabetes, dementia, and osteoporosis.[3] And since eating sugary foods substitutes empty calories instead of eating whole foods that are rich in nutrients, it also contributes to nutritional deficiencies.

People know how unhealthy added sugar is, so many folks are now turning to low- or zero-calorie, artificial sweeteners to satisfy their sweet tooth. Artificial sweeteners can be found in everything from bread to yogurts, soft drinks, and condiments, as well as in imitation sugar packets.[4] A 2017 study looked at nearly 17,000 individuals aged 2 and up and found that over 25% of children and 40% of adults consume artificial sweeteners.

Unfortunately, while these sweeteners have been heavily marketed as a healthy alternative to table sugar, they ‘fool’ our innate sugar-sensing circuitry, can stimulate appetite, reduce insulin sensitivity, and even increase absorption of regular sugars.[5] These are the mechanisms that help explain how these products can also increase the risk of metabolic syndrome—a cluster of conditions that includes being overweight, having high blood pressure, and insulin-resistant—that increases your risk of heart disease and type 2 diabetes.[6],[7]

These sweeteners are usually referred to as “low calorie” or “noncaloric” sweeteners, “non-nutritive sweeteners,” or “artificial sweeteners.” You may know them as sucralose, aspartame, saccharin, or by brand names such as Nutrasweet, Equal, and Splenda. We think of the foods that contain them as “sugar-free,” but sugar-free doesn’t mean problem-free.

Tricking Your Taste Buds and Your Brain

Test-tube sweeteners taste hundreds of times sweeter than natural sugar. Acesulfame is 200 times as sweet as sucrose; aspartame 180-200 times, saccharin is 300 times and sucralose is 450-600 times sweeter.[8] When you consume these non-nutritive sweeteners regularly, your taste buds get accustomed to the extreme sweetness, and your brain adapts. That’s your “new normal.” Your body starts to crave that intense burst of sweetness, and even healthy, natural fruits can start tasting bland. Or if you’re used to the intense sweetness of zero-calorie drinks, a glass of water may not even taste good anymore.

It’s not just the sweetness, our brains sense that what we’re consuming lacks calories.[9],[10] Our brains are wired to associate pleasure with reward. In the case of food, the foods that are naturally sweet are whole fruits such as apples, oranges, dates, and berries. All of these contain sugar, but they also provide vitamins, minerals, fiber, water, polyphenols, and other nutrients our bodies need. The empty calories of artificial sweeteners don’t provide any of those rewards your body needs. So we get the pleasure of intense sweetness without any of the nutritional rewards. Your body then ends up eating more and even choosing higher-calorie foods to compensate, which paradoxically is how artificial sweeteners can lead to packing on the pounds and increasing your risk for diseases.[11] Additionally, artificial sweeteners can lower the body’s ability to use sweet taste as a signal for calories, which helps the body regulate how much food it eats.[12]

Almost everybody who chooses artificial sweeteners does so because they believe they won’t gain as much weight as they would if they ate foods sweetened with sugar. Or that it will even help them lose weight. But several large and interesting studies show the opposite can happen. A 2008 study looked at data from 3,682 individuals whose dietary patterns were tracked for seven to eight years and found that people who drank artificially sweetened beverages were heavier than their counterparts who didn’t drink the beverages.[13] In another study, saccharin use was linked with weight gain when researchers looked at data from 31,940 women.[14] Finally, researchers followed the use of four different artificial sweeteners over a period of twelve weeks in 123 overweight adults. They found that consuming either sugar or saccharin significantly increased body weight.[15]

Children are also affected—a two-year study that followed 166 schoolchildren found that increases in diet soda consumption were significantly greater for overweight children as well as children who gained weight during that time period.[16]

Zero-calorie sweeteners are often touted as a safe way to get your sweet fix while not increasing the risk of diabetes through spikes in blood sugar. And while companies may slickly market to a population concerned about their ever-expanding waistlines and increased diabetes risk, the research shows these sweeteners have the opposite effects.  A 2015 review study found that neither artificially sweetened beverages nor fruit juice was healthy alternatives to sugar-sweetened beverages for the prevention of Type 2 diabetes.[17] In fact, the risk for type 2 diabetes is increased in those who consume one or more artificially sweetened beverages daily.[18]

Even though artificial sweeteners don’t directly increase blood sugar levels, they have been linked to insulin resistance and type 2 diabetes.[19] In fact, one review article that looked at 21 different studies found that—after adjusting for weight, which independently is associated with diabetes—there was an 8% greater risk of diabetes in those who regularly drank artificially sweetened beverages.[20] Along with increasing cravings for sweet-tasting foods, artificial sweeteners such as sucralose lowers insulin sensitivity.[21]

Raising the Risk of Dementia

If you’re not concerned about artificial sweeteners by now, consider that your risk of stroke and dementia is increased with regular consumption as well. A 2019 multicenter study published in the journal Stroke found that those consuming the highest amount of artificially sweetened beverages (more than two per day) had a significantly greater risk of stroke, coronary heart disease (CHD), and all-cause mortality (death from any cause). The researchers mined data from the Women’s Health Initiative Observational Study, a multicenter longitudinal study of the health of 93,676 postmenopausal women aged 50-79 years when the study began, and who enrolled between 1993-1998. The study lasted over a decade. [22] This follows an equally alarming 2017 study in Stroke, which looked at nearly 3000 individuals over age 45, and nearly 1500 individuals over age 60. Higher cumulative intake of artificially sweetened soft drinks was associated with an increased risk of stroke caused by a blood clot, called an ischemic stroke. [23]

Transitioning Away from Artificial Sweeteners

[4]Klemm S. Sugar substitutes: how much is too much? Academy of Nutrition and Dietetics. November 2018 [Report]

[15]Higgins KA, Mattes RD. A randomized controlled trial contrasting the effects of 4 low-calorie sweeteners and sucrose on body weight in adults with overweight or obesity. Am J Clin Nutr. 2019 May 1;109(5):1288-1301 [Article] 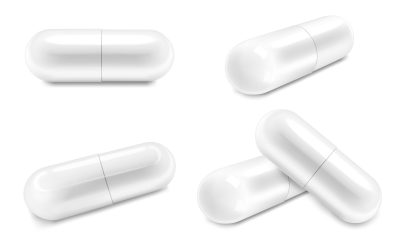