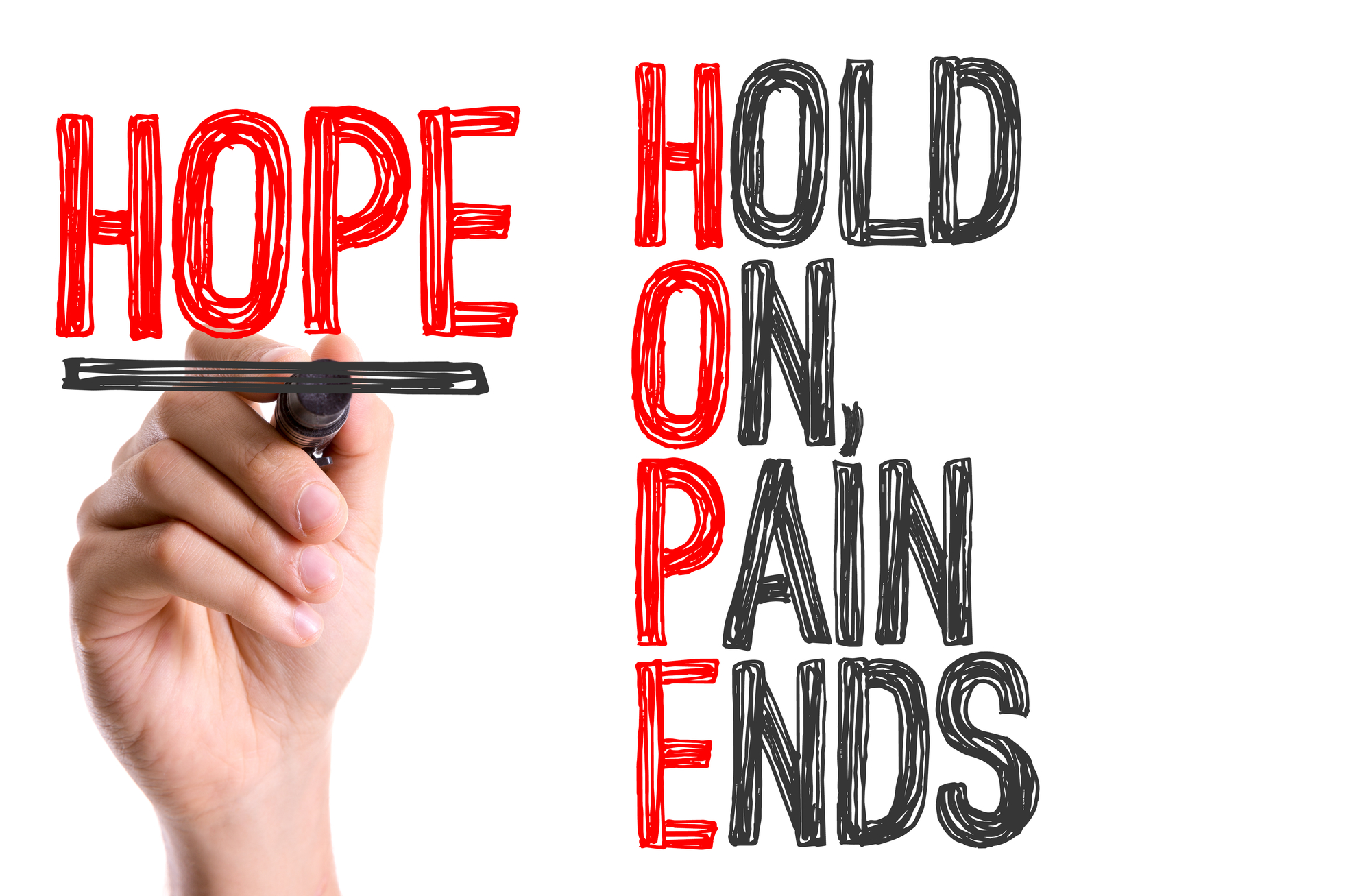 The World Health Organization (WHO) recognizes depression as the leading cause of disability in the world. The agency reported that the number of people living with depression rose to 322 million people in 2015, an 18% increase from just 10 years earlier. One of the challenges with treating depression is that other issues typically occur along with it, including anxiety, eating disorders, insomnia, relationship challenges, and financial burdens.

Knowing the best combination of approaches can require some trial and error. Unfortunately, the conventional approach relies primarily on medications and counseling, when there is so much more than can be done.  Thankfully, there are simple, integrative strategies people can do to feel better without medications’ side effects.

The most common medications to treat depression increase serotonin. They’re in a category of drugs called selective serotonin reuptake inhibitors (SSRIs) and include Prozac, Celexa, Lexapro, Paxil, and Zoloft.

All medications have potential side effects, and SSRIs are no different. Serotonin is a neurotransmitter in the brain that may help improve mood, but serotonin also has actions throughout the body. The drugs affect more than just the brain.

More than 95% of all serotonin in the body is produced by cells in the intestines.1 Since SSRI’s increase serotonin, this explains why many side effects of these medications happen in the gut. The FDA-required prescribing information for the drug states the more than 5% of people taking Prozac experience acid indigestion, loss of appetite and nausea.2 SSRI’s have also been associated with a 74% increased risk for irritable bowel syndrome (IBS).3

But let’s say you’re OK with those risks and still want to take those medications. How effective are they? While these and other depression medications can help, a 2008 study in the New England Journal of Medicine concluded that the published data on these drugs was so biased that it misrepresented their potential benefits.6 The researchers reviewed seventy-four studies registered with the FDA between 1987 and 2004, involving 12 antidepressants and 12,564 patients.

What they discovered was shocking. Negative antidepressant clinical trials were suppressed by the drug companies and the FDA. Of 36 studies that had negative or questionable results, 22 were never published. Of the 14 studies published, at least 11 mischaracterized the results and presented a negative study as “positive.” The data was so blatantly biased that the effectiveness of these medications was artificially inflated by nearly 70% in the case of Serzone and by 64% in the case of Zoloft, both of which are SSRIs.

This is important because I’ve had patients who took antidepressants but were still depressed. They would beat themselves up thinking it was their fault. Fortunately, there are additional ways to approach improving mood.

In addition to the toll depression takes on a person’s mental health, research has found that people who have a major depressive disorder (MDD) are often in poor physical shape. A review of published data on the subject found that people with MDD are 50% more likely to not be exercising enough.

The good news is, even small amounts of consistent aerobic exercise, weight training or yoga can have a profound effect on both mental and physical health. In an analysis of 49 studies, which followed a total of 267,000 people, researchers determined that regular physical activity reduced the depression risk by up to 41%. This substantial effect was observed across different countries, ages, and sexes.7

IExercise isn’t only for prevention. Clinical trials using exercise to treat people with depression have shown a 40-50% response rate.8,9 In one study, the Treatment with Exercise Augmentation for Depression (TREAD) clinical trial, exercise completely reversed depression in 28% of participants.10

Starting and sticking to an exercise program can be challenging. The key to sticking to a workout routine is to make it as enjoyable as possible. Sure, you can go to a gym, but there are an endless number of other things you can do too. Did you love playing hockey in high school? How about dance? If you thrive on the instant gratification of completing a task, have you ever considered indoor rock climbing?

Finding exercise that’s both challenging and something you enjoy will help you stick to it. But if one activity gets boring and you find yourself no longer wanting to do it, it’s OK to switch to something else. If you want some suggestions on how to work exercise into your daily routines, ready my blogs 5 Simple Ways to Work Exercise into Your Life and The 10,000 Steps Myth. The point is to get up and move your body every day.

Yoga originated more than 5000 years ago in India. As life discipline, it’s intended to harmonize body, mind, and spirit and used to transcend suffering by developing an abiding awareness of one’s spiritual nature. A systematic review of 27 studies looked at whether yoga can benefit children and adolescents struggling with anxiety and depression.11 Seventy percent of the studies showed improvement in depression and anxiety.

By the end of the study, 60% of volunteers practicing yoga had achieved “remission” (they improved so much that they no longer met the diagnostic criteria for having depression), while only 10% of the control group entered remission. While this may simply be the most recent study, it’s by no means the only study. A systematic review of more than 24 other clinical trials on yoga for depression also concluded that yoga can help.

The connection between diet and depression is so strong that your dietary pattern—what you eat day in and day out—is considered a modifiable risk factor for the disease.13 Not only does a poor diet increases the risk of depression, improving your diet can reverse depression too.

A 2013 study followed the diets of elderly adults for seven years.14 The resesearchers found that those who followed a Mediterranean diet had a significantly lower risk for depression than those who followed a more traditionally Standard American Diet. The Mediterranean dietary pattern is rich in fresh produce, olive oil, and seafood, low in red meat and that included almost no processed foods. In contrast, the Standard American diet is low in fresh fruits and vegetables and high in red meat and highly processed and packaged foods. In this study, the rate of developing depression was 98.6% lower among those who most closely followed a Mediterranean-based dietary pattern compared with those who loosely followed the guidelines.

Clinical trials also show impressive results for reversing depression. A 2017 study randomized 67 adults with depression to either follow a Mediterranean dietary pattern or attend social support sessions for 12 weeks.15 By the end of the three months, symptoms of depression significantly improved in those following more of a Mediterranean diet compared to those in the social support group who didn’t change their diet. The improvement was so dramatic with dietary changes that a full one-third of those who improved their diet fully recovered and no longer had depression. A second clinical trial showed similar results.16

For a step-by-step guide to transitioning into eating more of whole foods, Mediterranean diet, ready my blog, Dr. Neustadt’s 3 Steps to Eating Healthy for Life.

Low levels of nutrients can cause depression. When that occurs, diet alone may not be enough and dietary supplements can help.

Research has shown that deficiencies of many nutrients can cause depression. This includes iron,17 zinc,18 vitamin B12,19 folic acid, and magnesium.20 If you have persistent anxiety and depression it’s a good idea to rule out any deficiencies that may be underlying causes or, at the very least, consider supplementing with these nutrients individually or with a high-quality multivitamin and mineral dietary supplement.

The most sensitive indicator of iron status is a serum ferritin test. A serum ferritin blood test can determine if your iron is in a healthy range. Experts agree that iron deficiency is likely when the ferritin level falls below 50 nanograms per milliliter (ng/mL). Low energy is a hallmark symptom of depression. A large study of nearly 200 women ages 18-53 years gave volunteers an iron supplement for 12 weeks if their ferritin was less than 50 ng/mL.22 In the women taking the iron supplement, their energy improved by nearly 48%.

Another study reported benefits from taking iron when ferritin was less than 50 nanograms per milliliter in people with restless leg syndrome (RLS).23 If your results reveal that your ferritin level is too low, you could benefit from eating more iron-rich foods and taking an iron dietary supplement.

Folic acid, also called vitamin B9, is also important for mood. The nutrient is found in green leafy vegetables. Folic acid deficiency is linked to the onset of depression and giving folic acid improved depression treatment in patients taking SSRI medications.24,25 A simple blood test can determine whether or not you’re deficient.

While a hormone and not a nutrient, thyroid deficiency is common and can cause depression. To know if your thyroid could be involved, it’s important to get a thyroid test. A recent analysis published in the journal BMC Psychiatry evaluated 21 studies which collectively included 12,315 people. From the massive pool of data, researchers concluded that people with hypothyroidism (low thyroid) experienced depression at a rate 2.5 times that of the normal population.26

While you may benefit from medications and counseling, following a healthy diet, exercising, practicing yoga and ensuring you have sufficient nutrients and a healthy thyroid gland are important for naturally supporting healthy mood and energy.

Probiotics are healthy bacteria that are naturally part of the microbiome. While not all beneficial bacteria have the same effects, specific species, have been shown to support health mood and promote intestinal health, liver health, healthy inflammation, immune health and healthy skin. The pioneering research into the gut-brain axis has unlocked the profound impacts intestinal health has on mood, sleep and cognition. Microorganisms and the chemicals they produce regulate the body through a series of biochemical and functional linkages.29,30 Because of these powerful benefits, probiotics that affect the brain are called psychobiotics.31

11James-Palmer A, Anderson EZ, Zucker L, Kofman Y, Daneault JF. Yoga as an Intervention for the Reduction of Symptoms of Anxiety and Depression in Children and Adolescents: A Systematic Review. Front Pediatr. 2020;8:78.

30Schächtle MA, Rosshart SP. The Microbiota-Gut-Brain Axis in Health and Disease and Its Implications for Translational Research. Front Cell Neurosci. 2021;15:698172.