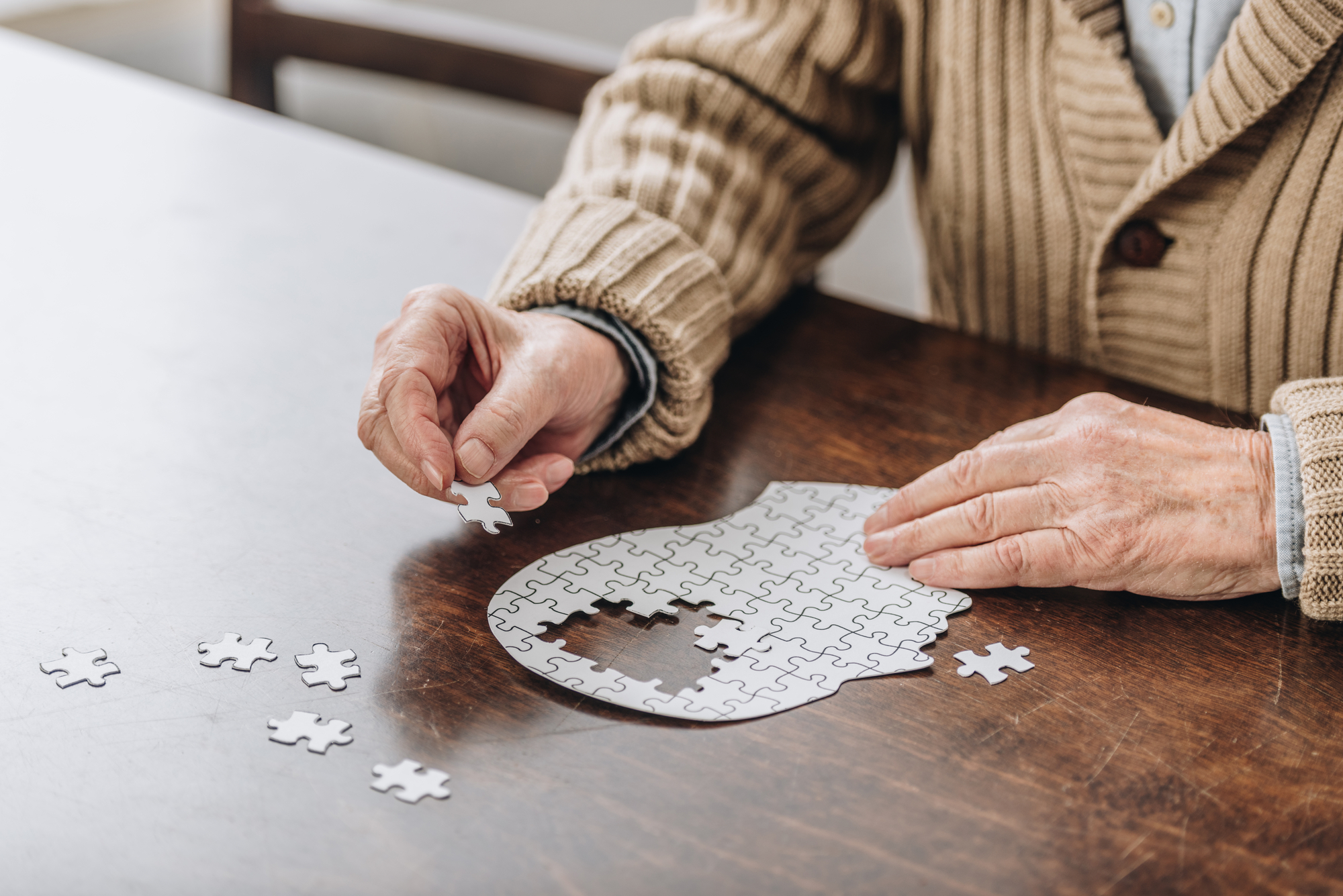 Your remarkable brain makes up only about 2% of your body weight, yet it consumes 20% of your oxygen and calories.1 It not only gives rise to memories, thoughts, and emotions, it helps regulate every aspect of your body. Maintaining a healthy, fit brain is critical to your quality of life as you age.2 And indeed, as a population, we’re getting older. In 2019, there were 54 million Americans aged 65. Over the next two decades, that will increase to an incredible 81 million, or 25% of all Americans. Since 27% of older people report cognitive difficulties, the number of Americans struggling with their brain health will soar.3

Fortunately, it’s never too early (or too late) to work toward improving your brain health. Research has identified the top nutrients shown in animal research and clinical trials to promote healthy memory, focus, recall and mood, so you can enjoy life well into your golden years.

L-carnitine exists as two forms in the body. One is straight L-carnitine. The other is acetyl-L-carnitine (ALCAR). Only ALCAR crosses the BBB and enters your central nervous system (CNS) to directly nourish your brain.

ALCAR plays a key role in energy metabolism by shuttling fatty acids into its energy-producing pathway. This is especially important in your brain since it requires a lot of energy. It’s also thought to be neuroprotective.

In animal studies, ALCAR protected the brain’s mitochondria (our cell’s energy powerhouses) and reversed mitochondrial decay. In one study, feeding aged animals ALCAR not only restored mitochondrial function and lowered oxidative stress in the brain, but it also led to better cognition and more physical activity.4 And when ALCAR was added to the drinking water of aged mice for eight weeks, high levels of oxidative molecules were restored to the lower levels found in young mice. Older mice also began to behave a bit more like young mice, exploring the margins of their cage more often rather than staying in the center.5 In other mice studies, combining a sulfur compound called alpha-lipoic acid (ALA) and ALCAR reduced the number of damaged mitochondria in the neurons and improved brain function.6

In humans, studies have also found that ALCAR is helpful for maintaining brain health. In one clinical trial of sixty-five women (mean age about 52 years old), taking 1500 mg ALCAR daily for 12 weeks significantly improved mood and physical function.7 An earlier, double-blind, placebo controlled, multicenter clinical, 102 volunteers were randomized to receive 1500 mg daily of ALCAR or placebo for 10 weeks. At the end of the study, those taking ALCAR had significant improvements in physical well-being and mental health.8

An even larger clinical trial enrolled 481 elderly volunteers received 1500 mg per day of ALCAR or placebo for three months. The results showed ALCAR significantly boosted memory and mood.9 Finally, a review of 21 placebo-controlled clinical trials with 1,479 volunteers concluded that ALCAR was superior to placebo at promoting healthy memory, attention, mental performance and learning.10

In sum, studies on ALCAR found that it enhanced cognitive performance in adults.11 The amount of ALCAR used in clinical trials typically ranged from 1500 to 3000 mg per day; however, in a meta-analysis of different doses of ALCAR, researchers concluded that 1500 mg per day was just as effective as 3000 mg/day.10

Alpha-Lipoic acid (ALA) is a sulfur compound that has powerful antioxidant activity. It’s required to burn sugars for energy and has been studied for its ability to support healthy nerves, blood sugar regulation, weight management and memory. Research has shown that ALA crosses the BBB to enter the central nervous system and may protect brain cells from damage.12 It is also thought to promote learning and healthy memory. ALA plays a critical role in mitochondrial energy metabolism and helps increase other antioxidants such as ascorbic acid (vitamin C) and glutathione.13

In one clinical trial, 43 people took alpha-lipoic acid for up to 48 months. The volunteers taking ALA demonstrated better brain health. Yet another study gave ALA daily to 120 volunteers. ALA is known to have positive effects on glucose metabolism and insulin balance, which is important for healthy memory. After sixteen months, cognitive improvement was seen in up to 43% of volunteers.14 The amount of ALA used in clinical trials typically ranged from 300-600 mg per day.

Huperzine A (HupA) is a compound derived from the Chinese herb Huperzia serrata. It is one of a group of molecules that inhibits an enzyme called acetylcholinesterase (AChE). This enzyme, which is found in muscles and nerves, is important for learning and memory.15

Huperzine A is also generally neuroprotective and appears to protect neurons from oxidative stress, regulate the secretion of nerve growth factors, boost cognition, promote healthy memory and protect cells from damage. Its protective effects are associated with its antioxidant ability and ability to increase levels of the neurotransmitter acetylcholine in the brain.16 It appears to protect mitochondria in the brain as well.17

Huperzine A has been shown in a double-blind, placebo-controlled trials to support healthy cognitive function and quality of life. The dose of Huperzine A used in clinical trials was 400 micrograms per day. It’s been proposed that Huperzine A’s brain-boosting benefits are the result of protecting nerves in the brain from damage and increasing the levels of brain acetylcholine.18

Turmeric has been used in India for thousands of years to promote health, as a dye and as a spice. Turmeric root is what gives curry its distinctive yellow-orange color and has been part of Indian healthcare, industry and food for at least 2500 years. The root of turmeric (Curcuma longa) has been extensively studied for its health-promoting properties. Within the root are a class of compounds called curcuminoids, which are considered the most bioactive component of the plant and that give the root its characteristic color.

Curcumin, the primary curcuminoid in turmeric, crosses the blood-brain-barrier, promotes healthy inflammation balance, protects cells from oxidative damage and may support the immune system to clear amyloid proteins.20,21 Amyloid proteins that collect in the brain are believed to impair nerve transmission and negatively affect memory. Supporting the natural processes for immune system to get rid of amyloid proteins may be one important way in which turmeric promotes brain health.

Your brain is made up of about 60% fat, and the composition of that fat impacts how healthy your brain is and how well it works. EPA and DHA are healthy omega-3 fatty acids. Decades of research has shown that consuming EPA and DHA promotes healthy mood, cognition, memory and brain structure, as well as heart health. In a randomized, placebo-controlled clinical trial, people with inflammation and depressive symptoms who took omega-3 fats experienced a significant improvement in mood. In this study, 79 volunteers (mean age 61 years old) either took 1.9 grams omega-3 fatty acids (1.2 grams EPA, 600 mg DHA, and 100 mg “other” long-chain fats) or a placebo daily for 12 weeks.24

In a 2017 randomized, double-blind, placebo-controlled study, 86 men and women (mean age 71 years old) with mild cognitive impairment associated with aging were randomized to take either 720 mg EPA and 480 mg DHA per day or a placebo for six months. At the beginning of the study there were no significant differences in cognitive performance; however, after six months, those who took the EPA+DHA had significantly better “perceptual speed, space imagery efficiency, and working memory” compared to the placebo group. Additionally, markers of inflammation, including interleukin-6 (IL-6), tumor necrosis factor-alpha (TNF-a), and secretory phospholipase A2 (sPLA2), significantly decreased in the volunteers who took the dietary supplement.25

To support brain health, take Brain Blend and Best Catch Omegas. Thse dietary supplements provide all of these nutrients in the amounts used in clinical trials.