Toxic Blueberries and 2.2 Billion Other Reasons to Eat Organic

Ever since hunter gatherer societies started settling down and farming the land about 10,000 years ago, there’s been a constant battle between our need as humans for food, that same need by insects, birds and other animals and the relentless growth of fungi and weeds that destroy crops.

Humans, being the clever species that we are, evolved new ways over the millennia to increase food output and decrease crop losses. The first recorded use of chemicals to control pests was 4,500 years ago with the use of sulfur by the Samarians in the Middle East to control insects and mites. Pyrethrum, a chemical derived from the dried flowers of Chrysanthemum cinerariaefolium (also called Tanacetum cinerarariaefolium or Pyretrhum daisies), has been used as an insecticide for more than 2000 years.

Back then pesticides were manufactured in small batches and used locally. That all changed in the 1940s with the creation of the first synthetic pesticides, the growth of industrial-scale production and the development of sophisticated storage, transportation and financial systems to support this growing industry.

Since then, the amounts of pesticides used on crops is mind-blowing. In America alone each year we use over 2.2 billion pounds of pesticides, or eight pounds for every man woman and child in the country. Our food and our environment are awash in pesticides, and even though it’s increased the per-acre food production of crops, there’s a dark side to this technology you need to know about and protect your family from it.

A complete review of all pesticides is beyond the scope of this blog. However, I’d like to give you a taste of the scope of the problem. Pesticides are toxic substances deliberately added to our environment to kill living things. This includes substances that kill weeds (herbicides), insects (insecticides), and fungus (fungicides).

The little, humble blueberry, rich in flavor and healthy antioxidants, is a poster child for pesticides in our food system. Maine produces 25% of all blueberries in North America on more than 60,000 acres of cropland. Although blueberries in Maine grow wild, as their economic importance has increased, farmers have come to rely on toxic pesticides to increase production. Large-scale blueberry monoculture requires significant pest control measures to protect the commodity. The Maine Board of Pesticides Control (BPC) found that the blueberry industry used the following 15 trade-name pesticides (active ingredient in parenthesis):

In addition to these fifteen pesticides, the University of Maine Cooperative Extension recommends nine fungicides for use on blueberry crops. Of those:

Of the ten insecticides recommended for use on blueberry crops:

Of the seven herbicides recommended for use on blueberry crops:

Of the 26 active ingredients for use by the blueberry industry:

And that’s just for one crop. As outlined by the Environmental Working Group (EWG), many conventionally grown crops lots of pesticides. The most pesticide-contaminated foods are strawberries, raspberries, cherries, apples, pears, tomatoes, potatoes and more. Many of these pesticides or their byproducts persist on the food, or in processed food, onto our plates and into our bodies.

For a complete list of the most contaminated foods, read my blog, The Dirty Dozen: 12 Foods to Buy Organic. 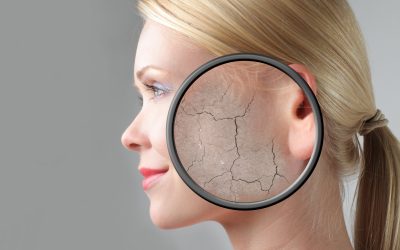