Iron is essential for health and required for hundreds of biological functions. Your red blood cell’s ability to carry oxygen requires iron. Your ability to create hormones such as thyroid hormone, dopamine and epinephrine depend on having enough iron. Iron is required to create, protect and repair your genes, to produce energy and for your muscle to work properly.

If you get a serum ferritin test, it’s important to understand what an optimal level would be. In my clinical practice, I my target optimal ferritin range was 90-110 nanograms per milliliter. Speak with your doctor about what is most appropriate for you, but that is how I approached this results with my patients. If a patient had ferritin lower than that and was symptomatic, I would consider supplementing them with iron and encouraging them to eat more iron-rich foods. Typically, follow up blood tests would be done every three months, along with tracking changes in symptoms. You can discuss this with your healthcare provider, too, but I worked with people who had this test done.

To support healthy iron levels, an iron dietary supplement is often combined with emphasizing more iron rich foods in the diet. Oral iron is often prescribed in the form of iron salts, such as iron oxide, iron sulfate, iron gluconate or iron fumarate (these are also called ferrous oxide, sulfate, gluconate or fumarate). Unfortunately, taking iron in the form of iron salts presents 2 problems. The first is that only about 50% of the iron in these iron pills is absorbed through the intestinal lining. In some cases, the rate of absorption has been reported to be as low as 20%.

Oral iron supplements are also available in a chelated form, rather than a salt form. Chelated iron is bound to amino acids, which improves its absorption and decreases side effects. Iron absorption from iron bisglycinate chelate has been shown to be 4 times better than absorption from ferrous sulfate. A randomized controlled trial of school children in Mexico found that oral supplementation with iron bisglycinate chelate increased ferritin (the storage form of iron in the body) more effectively that iron sulfate after 6-months of supplementation. FerroSolve is a high-potency iron dietary supplement that contains iron in the for highly absorbable form of iron bisglycinate. 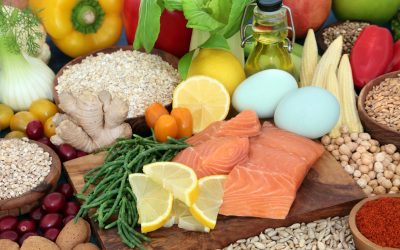 How Much Omega-3 You Need for Cardiovascular Health

For overall health, we need a balance of omega-3s and omega-6s. Unfortunately, most people eat too much omega-6 fatty acids and not enough omega-3s. In fact, the typical Western diet contains up to 30 times more omega-6 fat than omega-3 fat. The health benefits from these fats come primarily from EPA and DHA, but most people aren’t getting enough. Learn how much you should get and the best sources.

5 Simple Ways to Work Exercise into Your Life

Everyone seems to know that they should exercise. That exercise is good for them. When you’re in shape you not only feel and look better, but you reduce your risk for diabetes, cardiovascular disease, cancer and dying before your time. And if you have chronic...

A Toothbrush, a Stork and Two Minutes Twice a Day

I love helping people learn simple solutions that have outsized impacts. This blog teaches you how a toothbrush, a stork and four minutes a day can prevent falls, fall-related injuries and may even save your life or the life of someone you love. Fall statistics aren’t...